Real time reporting – will it affect your SMSF? 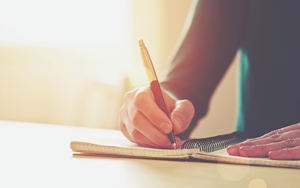 A self-managed super fund (SMSF) is an effective way to add extra financial security to your retirement. Despite their popularity, SMSF’s can be difficult to manage due in part to changes to government policy.

Recently, the Australian government announced proposed reforms that are expected to come into effect 2017-18. In order to keep abreast of changes, such as the way SMSFs comply with budgetary measures, it’s important trustees stay on top of what they are and how they might affect them.

What are the changes?

Essentially, the regulations relate to the way SMSF report things like pension commencement and communications. According to the SMSF Advertiser, the Australian Taxation Office (ATO) has proposed a model for all superannuation funds, including SMSFs, to report information on an event basis – in real time.

Considering there are over 530,000 SMSFs in Australia as of June 2014, involving more than a million members, policy changes have the potential to catch some members and trustees unawares.

Speaking to SMSF Advertiser, ATO assistant commissioner Kasey Macfarlane breaks down the changes that will come into effect:

“So, what will actually happen is that in 2017-18, and no later than when an SMSF lodges its annual return, they will need to report relevant information that impacts on their transfer balance cap,” she said.

According to ATO, auditors play a critical role in maintaining the health and integrity of your SMSF.

SMSF trustees may want to look into changing their practises now in order to better position themselves when the time comes for ATO to release their full set of guidelines.

Do you need assistance with your SMSF?

In order to stay compliant and informed of any changes, it’s important to do your research and enlist the help of an expert SMSF auditor. According to ATO, auditors play a critical role in maintaining the health and integrity of your SMSF. While responsibility for a SMSF ultimately comes down to its members, an auditor can help ensure that contributions have been added correctly, and payments are accurate.

At DBS Accountants, our trusted SMSF auditors are here to offer support and guidance with the establishment and ongoing maintenance of your SMSF. To find out more about what changes are on the horizon and how they might affect you, get in touch with our team today.