What does the Federal Budget mean for Australian pharmacies? 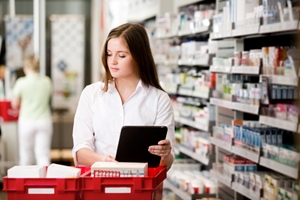 The 2017-18 Federal Budget was unveiled on May 9, with the pharmaceutical industry praising the Turnbull government for supporting organizations within the sector.

Minister for Health Greg Hunt announced a range of measures that the Pharmacy Guild of Australia claimed would provide “certainty and stability” for businesses and their customers.

Here is a summary of the key pledges outlined in the budget.

Sacubitril and Valsartan will both be listed on the PBS this financial year at a cost of $514.6 million.

Pharmacies and pharmaceutical wholesalers have been promised $225 million over a three-year period. This will reimburse them for lower-than-expected script volumes for Pharmaceutical Benefits Scheme (PBS) medications and remuneration losses due to the Strategic Agreement with Medicines Australia.

The money will be paid through Administration, Handling and Infrastructure fees in the Sixth Community Pharmacy Agreement (6CPA).

The Australian government confirmed how it will spend $600 million already committed to 6CPA Community Pharmacy Programs. The money, held in a contingency reserve fund, will go towards:

This will be an ongoing process, and every eligible drug obtains the deduction in April of the year they reach their tenth anniversary.

The one-off price reductions are part of $1.8 billion that has been set aside to make medicines more affordable between 2016-17 and 2020-21. Sacubitril and Valsartan will both be listed on the PBS this financial year at a cost of $514.6 million to support patients with chronic heart failure.

The federal budget announcements are likely to have a financial impact on pharmacies across the country, which will have a knock-on effect for business’ tax obligations.

If you would like to discuss your ongoing tax and auditing needs, please contact DBS Accountants for more information on our specialist services within the pharmaceutical sector.